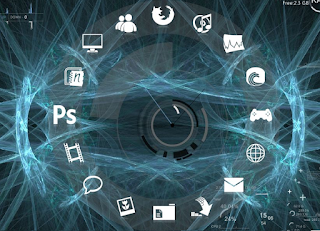 Every European country sees the activities of their intelligence services as dirty laundry, not to be discussed and definitely nothing to be shared, especially with your neighbors. The legacy of the past like STASI in Germany and Franco in Spain combined with current scandals of mass-surveillance as well as our reluctance to see a problem for what it is, hinder the evolution of effectively targeted investigations.

This behavior has caused loss of life in multiple terrorist attacks in Europe. Regrettably besides this national fragmentation of intelligence there is the hairy problem of cross-language content. First the communication inside each country needs to be secured, but right after it must work also across borders. Technically this will need to be supported by national legislation which makes reporting into a shared repository mandatory. It is in the national interest of all European nations to safeguard their population and thus such laws should be relatively easy to pass.

The lack of intelligence sharing across borders is hampered by language borders; reports written in the native language of police officers across the continent. Even the spelling of names of suspects can vary in different languages. Content will span any type of wording without an intelligent link to find matches between synonyms or related words, such as "terrorist attack", "explosion", "bomb", "explosive materials". Hard enough in one language; dealing with many languages multiplies the problem.
The technical problems can be solved. But the political problem needs to be tackled internally in each country while the EU supports the process by providing a legislation to share across borders. And our intelligence services need to stop wasting their time on surveilling ordinary citizens and rather target those that have a criminal background as well as having been active militants abroad.

You surely remember the film "Minority Report" and the software that foresaw crimes since it was linked into the brain of psychics. We don't need the psychics - we need smart intelligence officers sharing their data across borders with access to multilingual data processing, so that they are able to predict the next terrorist attack before it hits us. We need a Terrorist Threat Repository visualized as a concept map. The concept map displays potential terrorists and their relations to each other, names and pictures combined with police reports ‒ in any language available.


Holding this together is a multilingual knowledge system (MKS) that can cater to related terms, also by proximity in geographical locations. In order to cross languages borders the MKS must be available in our official languages and those used by the offenders. This allows the police reports to be written in any language since the MKS would be there to find relevant content in any language. When found the texts can be passed to machine translation to gist the information. If the alarm bells ring but threat is not immediate human translation will provide some more insights. But in most cases the dots will already be connected enough that security agencies can see a pattern to act on.
Posted by Gudrun Magnusdottir at Monday, April 25, 2016