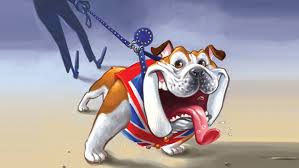 We want to point you to an important publication - the EU eGovernment Action Plan 2016-2020 that targets cross-border interoperability, out of necessity in a dysfunctional European Union. This comes late after many years of lobbying from so many
stakeholders, also ourselves with many posts on this issue.

As stated in many previous posts, cross-border interoperability can be achieved by multilingual knowledge systems (MKS). A great example of such an MKS is TMClass. The EUIPO has created an MKS which enables business to register intellectual property for forty nine countries. National administrations for intellectual property are thus fully interoperable, regardless of language. TMClass is probably the largest cross-border interoperability asset in the world.

Public administrations in EU countries are often more similar than they appear. But there are differences and of course they work in their own languages. An MKS provides the means to search across multiple languages and to link and explore the knowledge structures which relate the different concepts and meanings. This makes it possible to map across different domains in national public administrations as well as different countries. Cross-border interoperability will help us to move closer again to progress on the European vision of being united in diversity.
Posted by Gudrun Magnusdottir at Wednesday, May 25, 2016